Fixation develops due the attract-ability of an object. This could be food, beverage, hobby, person or even a pet. Why this happens is because of the unique features that define the object. Nature therefore, offers endless possibilities that define the Aww moment. Sometimes a flower may appeal so much that you would wish to embed it somewhere for inspiration.Similarly Multinational companies continuously use such symbols to frame their business agenda.

A company like Puma was greatly inspired by the cat’s agility and simplified its natural appearance to design a timeless symbol. Several other companies that have animals as the logo icons include; Peugeot with the Lion, Ferrari with the horse, Jaguar, World wildlife fund with Panda, Lacoste with the crocodile, Playboy with the bunny, Premier league lion among others. This logos have remained in their original forms since the formation of the companies because of their simplicity, memorability and versatility but a few improvements in line with technology. 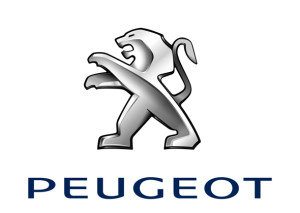 How do you then create a timeless Logo?

After business or company name reservation and registration, you are certain that the name will not change. The next task is to get an identity for the business. A business is defined by a logo that could appear as name or name and a symbol. As you began dreaming of the business idea, you must have thought of the goals, mission and vision. This can be the guiding principles towards the first logo draft.

If your business idea is courier business, then the identity could be a falcon, cheetah or sailfish inspired. After deciding whatever object mirrors the idea, sketch it down in different forms of thumbnails. Draw as many as you can, then apply elimination to remain with at least three ideas. Of course there will be the favorite sketch but, call upon friends or colleague for a second opinion. Whichever you agree on, seek the services of a professional design agency, creative or branding company that is keen on business identity development.

However, sometimes you may have the will but unable to sit and think around it. What do you do then? Email to info@designhubconsult.com or call 0707 624 629 for assistance. We shall get back to you with a big idea.